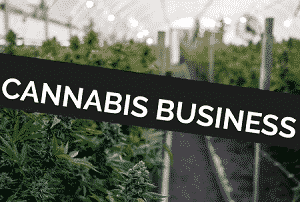 The cannabis industry, despite its rapid growth and financial success, is still facing massive regulatory challenges. One amongst these major hurdles is being taxed at an extremely high rate under section 280E of the IRS tax code.

It came to the limelight only recently when courts in Colorado and New Mexico reinforced the IRS’s capability to conduct audits and enforce Section 280E against marijuana firms. And now, a Denver-based tax attorney who has spent six years as an IRS trial lawyer is alarming cannabis businesses of the most recent changes in IRS policy that they might need to address soon. According to Nick J. Richards, whose current clientele includes leading marijuana companies in the private sector, a “tsunami” of audits is facing the cannabis industry that would essentially cost larger businesses millions in unpaid taxes and penalties.

Besides information from IRS staffers, Richards’ speculations essentially relied on two specific 2018 U.S. Tax Court cases and another auditing project of the marijuana industry begun by the IRS in Colorado. The first is an attempt by California-based Harborside to defend that 280E shouldn’t be applied to state-legal cannabis firms. They eventually lost when Tax Court ruled that 280E applies to any and every business, even the ones approved by state governments while trafficking in Schedule 1 narcotics. The second case Richards referred to is that of Los Angeles-based dispensary, Alternative Health Care. They also lost while attempting to avoid paying federal taxes under section 280E by hiring a management company, instead, to run the storefront. In his words, “That opened the door for an expanded scope of the types of companies to which 280E applies.” The third and final of Richards’ references is an IRS program aimed at the state-legal marijuana industry that’s being expanded into states other than Colorado. Richards predicts that more cannabis companies will be facing audits in markets such as California if they’re not already in progress.

Richards further clarifies, in a blog post, that the positive thing is that an IRS audit is not mandatorily a criminal investigation simply because it involves Section 280E. It is, though, true that Section 280E has an adverse effect on marijuana businesses seeking to maintain operations under state laws.

However, until repealed, the IRS has the power to limit business deductions for otherwise compliant businesses. Richards believes that Section 280E is here to stay and IRS also has made it obvious that they will enforce it. In such a scenario, it is important to carefully plan a cannabis business and take into consideration the effects of Section 280E. It is also important to know the integrities of Section 280E—how exactly it can affect businesses, and what steps need to be taken prior and during an audit to potentially obtain a favorable outcome.

The Exhibition by Africacom Will Split Into Technology Zones