History of Ripple – All You Need to Know 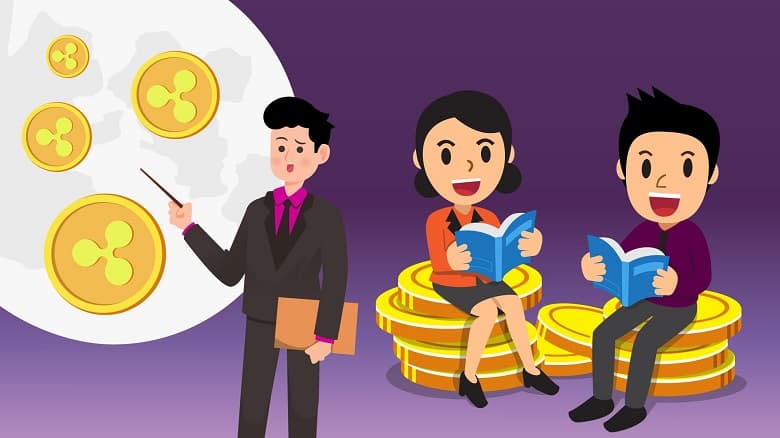 What is Ripple & XRP?

Though it is referred to as a cryptocurrency or a blockchain platform, in reality, it is neither. It has some similarities with Ethereum, the blockchain platforms, and Bitcoin cryptocurrency, but some features set it apart. It does not use blockchain that provides consensus but uses HashTree to review data and compare it across servers. Second, XRP is not mined like other cryptocurrencies. The 100 billion XRPs tokens were made and distributed at its initiation. People question its detraction from the rest of the cryptocurrencies’, but it ranks third-largest by market capitalization and is being used globally by banks and other financial institutions.

Jed McCaleb considered Ripple, created by David Schwartz and Arthur Britto, who approached Ryan Fugger. Ryan Fugger entered it in financial service for secure payments of an online community through a global network. Fugger developed the OpenCoin system, which later evolved into Ripple. The company created the XRP currency to enable money transfer between financial institutions with negligible fees and speed.

When did Ripple start?

The company showed interest in 2013 from banks that used its payment system. A hundred banks had already signed up by 2018 though most used Ripple’s previous messaging technology XCurrent and not XRP for its proven volatility issues. Ripple is now challenging the dominance of SWIFT, Society for Worldwide Interbank Financial Telecommunication in the market. SWIFT argues that Ripple’s scalability issues and blockchain solutions are unresolved and are limited to mutual and intra-bank usages only.

Ripple was introduced into the market in 2012 after Jed McCaleb and Chris Larsen Ripple co-founded it. The market experienced a growth of 36,000% by 2018. But its journey began in 2004 – 2005 when Ryan Fugger got inspired to make a decentralized platform that individuals and communities could use to make money. He made the initial version of the RipplePay.com platform. Between 2011 – 2012, Jed McCaleb began developing digital currency that regulates the value using consensus instead of mining. Fugger handed RipplePay to Chris Larsen and Jed McCaleb, who rebranded it as OpenCoin.

In 2013, OpenCoin received $2.5 million from angel investors and renamed OpenCoin to Ripple Labs. They made the Ripple code to be open source. They released an iPhone app, which was withdrawn later. In 2014, Ripple Labs witnessed growth to rank as the 2nd largest cryptocurrency. Fidor, the German bank, adopted the ripple protocol to process its international payments. In 2015 more banks were interested in their services, including the Royal Bank of Canada and Santander. Ripple Labs is rebranded for the third and final time as Ripple. In 2016 Ripple operated in New York, receiving millions in funding. In 2017, Ripple continued to gain acceptance by the largest world banks and grew by 1000% in December of 2017 itself, and holds a market cap of USD 45.74 billion today.

The acceptance of the crypto community

Ripple depends on a common shared-ledger, a distributed database that stores the info of all Ripple accounts. A network of independent servers manages the network that compares transaction records that could belong to banks or market makers. Ripple can validate balances and accounts instantly for payment transmission and delivers notification in a few seconds. The payments cannot be reversed and have no chargebacks. The international payment is slow and costly by the conventional methods. Ripple achieves this as it allows financial institutions and banks to transfer tokens securely in real-time, at low cost. People living overseas can transfer money to their homes speedily at minimal fees. Ripple is used primarily by:

Ripple refers to XRP, the cryptocurrency, and RippleNet, the payment network system made for financial institutions to transfer assets and money cross border faster with low transaction fees. It was created by David Schwartz and Arthur Britto, who approached Ryan Fugger, who put on online to process payments baptizing it as an OpenCoin system, which later became Ripple. The company showed interest in 2013 from banks that used its payment system. As per XRP price forecast, In 2017, Ripple continued to gain acceptance by the largest world banks and grew by 1000% in December of 2017. It enjoys a market cap of USD 45.74 billion today. Ripple is faster than any other cryptocurrency, making1,500 transactions per second, whereas Bitcoin can handle only 3 to 6. Ripple has become popular with financial institutions and payment providers who wanted to reach new markets.

How Can Dogecoin Make You Rich?