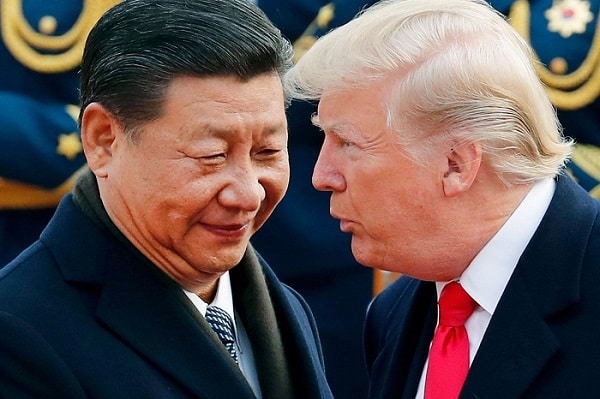 On Thursday, the US President Donald Trump addressed that meeting with his counterpart Chinese President Xi Jinping is not going to take place before the trade war deadline on March 1.

Last week, following a two days discussion on trade in Washington, a meeting between the two leaders was reported, and it was initially assumed to take place during the end of this month, which was nearer to Trump’s second summit meeting in Vietnam with North Korean leader Kim Jong-un.

On Thursday, while addressing the reporters at the White House, Trump admitted that meetings were not planned between him and with Chinese President Xi before the trade war deadline March 1 for a deal. Due to missing of an agreement, fresh US tariffs will be imposed on the Chinese imports on March 2.

When asked if he could meet Xi Jinping in this month, Trump replied ‘No’ and shook his head. Later, he said it is ‘not possible.’

The key economic advisor of Trump’s administration Larry Kudlow, on Thursday, said reporters that, he wants the meeting to take place between Xi and Donald Trump, but I am not sure when and where it is going to happen.

Most recently, Larry Kudlow’s addressed Fox Business that, the distance between the two countries is very big and sizeable enough to go on a trade deal between the two largest world economies.

The comments were the first radical switch in tone ever since Beijing and Washington moved ahead for discussion last week, expecting to agree over a structure for a deal before the deadline. The 90-day break had been taken by the countries during their trade war by placing a hold on the planned increase in the tariffs in order to negotiate the agreement. In the absence of one, the US will raise the tariffs on the Chinese goods of worth the US $200 billion to 25 percent from 10 percent.

In the previous week, during the end of two days negotiations, in a tweet, Trump said “there will be no deal formulated unless I and my friend President Xi meet” in the near future to negotiate and to agree upon the long situation and on most complex points.

As soon as the news broke, the US stock market declared their first significant drawback at the beginning of January that the discussion will take place in Washington. The Dow Jones Industrial Average on Thursday noticed a slip of 200 points or 0.87 percent while Nasdaq and S&P 500 both lost 1 percent each.

Later after March 1, Trump and Xi might meet for a short while, although there is more work to be done to flesh out the trade war by negotiating. US President Donald Trump needs to be trained ahead of high stake meeting with Kim that is scheduled on February 27 and 28.

On Tuesday, during the Union address in his state, Trump mentioned that the trade deal requires including real organizational changes to end the improper trade practices which will decrease our trade deficit and will save more jobs for Americans.

The lead negotiator of China, Vice Premier Liu He, last week stunned Trump with a promise to purchase American soybeans of worth 5 million metric tonnes, a product in between of the tariff dispute, Congress emphasized that the US should not turn back to its demand for significant structural changes in return to China for buying more of American products.

On Thursday, while recognizing that Trump is still positive about the deal, Kudlow stated, there is the rather sizable distance to go from here. On Wednesday, Treasury Secretary Steven Mnuchin mentioned that he along with the Trade Representative Robert Lighthizer would be heading to China for another fresh round of talks in the week ahead.

On Thursday, the US stock sell out worsened due to global market pullback and raised concern over the worldwide economic slowdown. During this year, the growth expectation for the eurozone was cut by the European Commission because of risks over domestic challenges and global trade tensions.