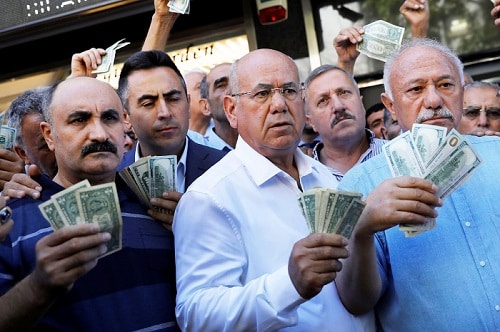 The United Nations warned in a report that the world might encounter currency wars, widespread protectionism, and billion-dollar losses if the trade conflicts between the U.S. and China persists.

The report was published by the UN Conference on Trade and Development (UNCTAD) on Monday. It also said that while some countries would see a surge in exports, negative global effects were likely to dominate.

China and the United States have been engaged in trade conflict since early 2018. In September, the U.S. increased tariff by 10 percent on around $200 billion of Chinese imports, and it planned to increase those rates to 25 percent in January. However, the head of the two Governments agree to adopt a freeze the increment until March 1, and in the meantime, they are supposed to have talks.

As per the UN report, continuing or increasing tariffs between the two superpowers would have an unavoidable impact on the “still fragile” global economy, including disturbances in commodities, financial markets, and currencies.

UNCTAD’s report said, “One major concern is the risk that trade tensions could spiral into currency wars, making dollar-denominated debt more difficult to service, another worry is that more countries may join the fray and that protectionist policies could escalate to a global level.”

Generally, a currency war occurs when nations depreciate the value of their national currency deliberately for stimulating their economies.

The report also noted that protectionist policies usually hurt weaker economies the most, while moves like tit-for-tat of the trade giants will have a domino effect affecting other dependent countries.

The report noted, “Tariff increases penalize not only the assembler of a product but also suppliers along the chain.”

UNCTAD said the Chinese exports affected by the United States’ tariff measures are likely to hit East Asian value chains the most, and it is estimated to be around $160 billion.

Out of the total $250 billion worth of exports which is subject to U.S. tariffs, about 82 percent will be covered by other countries. And 12 percent is expected to be retained by the Chinese firms only. And a mere 6 percent would be captured by U.S. firms.

The same way, of the U.S. exports to China which is subject to Chinese tariff, about 85 percent would be covered by other countries, as per the study. U.S. firms, however, will retain less than 10 percent of exports. And the Chinese firms would capture around 5 percent.

The countries which are expected to benefit from the scuffle are those capable of replacing American and Chinese firms. EU exports would be getting $70 billion from U.S. – China trade war. And the major economies like Japan, Mexico, and Canada would each gain around $20 billion.

However, the countries which are going to see the highest change in their export share are Australia, Brazil, and India.

Pamela Coke Hamilton, head of UNCTAD’s international trade division, said at a press conference on Monday, “Because of the size of their economies, the tariffs imposed by the United States and China will inevitably have significant repercussions on international trade.”

“While bilateral tariffs are not very effective in protecting domestic firms, they are valid instruments to limit trade from the targeted country. The effect of U.S. & China tariffs would be mainly distortionary. U.S. & China bilateral trade will decline and be replaced by trade originating in other countries.”